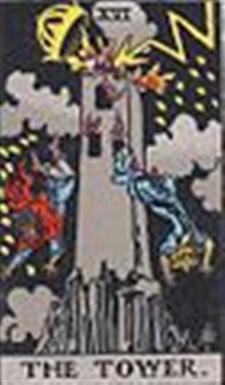 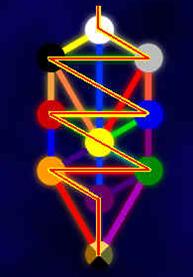 The Lightning Flash is the name given to the line tracing the successive development of the spheres in numerical order. This is a highly gnostic schema and much can be learned from the numerical significance alone. It should be noted that each sphere alternates between positive and negative. Also, each sphere is positive to the one below and negative to the one above. The Lightning Flash overlies established paths of the Tree except from Binah to Chesed, where the seed of consciousness is carried across the pathless abyss of Daath.

Some concepts associated with the simple integers are given in the following table:

The Lightning Flash is the descent of Divine Consciousness into the plane of matter. Although usually thought of in a macrocosmic sense, this also occurs in the vehicles of the individual spiritual practitioner. To have this experience is to have one’s mundane consciousness overthrown. This experience is depicted in Tarot Key 16.