The following table comparing the constituent parts of man gets its inspiration from A Garden of Pomegranates by Israel Regardie. However, it differs from that work slightly, particularly in the arrangement of the Egyptian subtle bodies where it instead follows Schwaller de Lubicz.

The Nature of Man 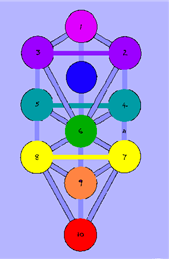 From an understanding of the planes, it is but a short step to see man as made of levels, usually described as interpenetrating subtle bodies. Like the concentric model of the Tree, the more dense levels lie within the less dense and are interpenetrated by them.

There are usually said to be seven levels and seven subtle bodies, although the list varies from authority to authority. That there are seven is suggested by the assignment of the tarot Chariot, which depicts the vehicles, to Key 7. 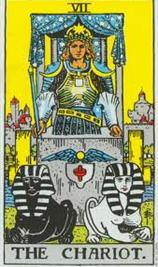