Participants begin standing in a circle, away from the stones, facing the center (position 1). Each person might choose to align himself or herself with one of the world traditions associated with one of the eight languages inscribed on the four standing stones: English, Spanish, Arabic, Chinese, Hebrew, Russian, Swahili, and Hindi, or one of the four languages on the capstone: Sanskrit, Babylonian Cuneiform, Egyptian Hieroglyphics, and Classical Greek. Try to sense the group mind of the culture you choose.

Each participant begins slowly walking toward the center, forming a closer circle near the stones (position 2), symbolically bringing the tradition they chose to identify with together with the others.

All spend an interval at the center harmonizing the group mind they chose with all the others, sensing them melding in mutual peace and understanding.

Each person then turns and walks back out to the periphery, stopping at the place where they originally started (position 1), except facing outward, symbolically bringing peace and harmony out into the world.

Now spend a moment interjecting that peace into the group mind or country you originally chose.

The ritual is ended.

The Guidestones consist of six large slabs of granite, five uprights and one capstone. There is a note that the original plan called for a circle of standing stones around the central grouping, but these have never been added. The monument stands nearly 20 feet high and weights over 115 tons. The four large uprights are aligned to the migration of the moon. The central upright has a sighting hole for the North Star. The central upright also has a groove cut which aligns with the position of the rising sun at the solstices and equinoxes. Another cut marks the position of the sun at noon.

Each face of the four large supporting stones has an inscription carved in one of eight languages: English, Spanish, Russian, Chinese, Arabic, Hebrew, Swahili, and Hindi. The message is as follows:

Maintain humanity under 500 million in perpetual balance with nature.

Protect people and nations with fair laws and just courts.

Prize truth–beauty–love–seeking harmony with the infinite.

Around the sides of the capstone is a different message written in four ancient languages: Classical Greek, Sanskrit, Babylonian cuneiform, and Egyptian hieroglyphics. It reads,

"Let these be a guidestone to an age of reason."

The ritual is worked in silence, save for the ringing of a bell. This will guide the participants in synchronizing their movements and meditations. 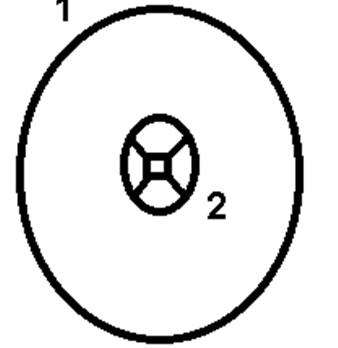 This ritual was written specifically to be performed at the Georgia Guidestones, a unique granite monument in northeast Georgia near Elberton.

The Location of the Guidestones:

The guidestones stand on a hill 7.2 miles north of Elberton, Georgia, on State Highway 77, 1.3 miles south of the Hart–Elberton County line. They are clearly visible from the road. A small parking area is near the stones. It is said that the stones are sited on a ley line.The site was sacred to Native Americans and was called "The center of the world" by the Cherokees.

The History of the Guidestones:

Elberton is at the center of a large granite deposit, and quarrying and cutting the stone is a major local industry. The guidestones were commissioned in 1979 by an anonymous donor who called himself R. C. Christian. The work was supervised by the president of the Elberton Granite Finishing Company.

The stoneworkers reported hearing strange music and disjointed voices while carving the inscriptions. Local Christian groups were not at all happy about the stones.

The Configuration of the Guidestones: 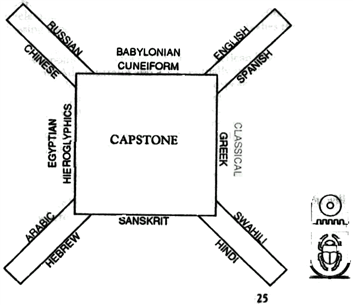